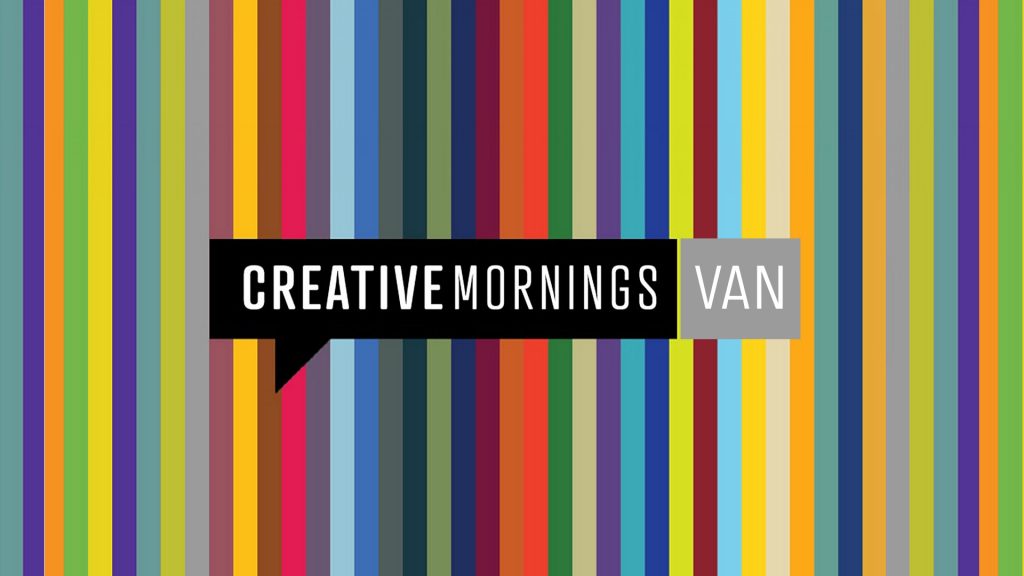 CreativeMornings is a free monthly breakfast talk hosted in over 110 cities around the globe.  Originally started in 2008 in New York City by designer Tina Roth Eisenberg, it was an effort to bring the creative community together through celebrating local creative talent. The goal was to get creative folks together within an accessible format and for the event to be free of charge.
Here in Vancouver we are very lucky to have our own local branch CreativeMorningsVAN, made possible by a very dedicated crew of volunteers. Typically the event is held on the first Friday of the month with the lecture running about 20 mins, followed by a Q&A. After that, there’s time for a group chat with your neighbors, because at the end of day, it’s all about meeting more of your peers and being part of a local, creative community.

At White Box we’ve been fortunate to take part in several CreativeMornings.  The first was based on the theme ‘Colour’ and was presented by guest speaker Andrea Chlebak.  Andrea is a local colorist who works on major motion pictures in Vancouver’s thriving film industry.  She gave us a unique look into something most of us often don’t notice when watching movies: the trade and expert skill of colouring film. Essentially, this is how colour is used to influence and enhance the mood or ‘feeling’ of a film.  For a great example of a colorist in action, check out the 18:30 mark of the video below, where Andrea compares the same scene using several colour manipulations to represent very different moods. 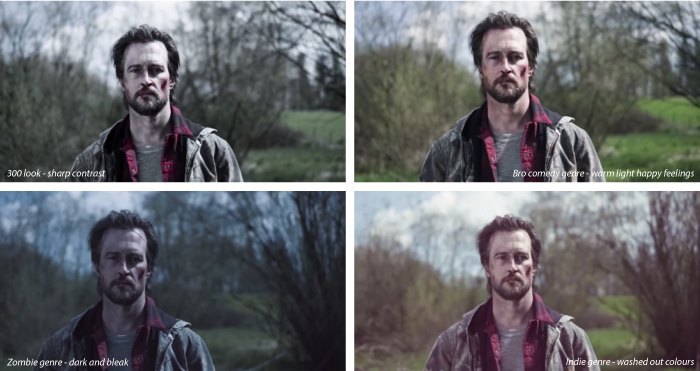 Another very entertaining talk based on the theme ‘Process’ was presented by artist Reece Terris. Reece dove into the theme by reflecting on his childhood pastime of making structures from found materials and his grown-up job as a builder/contractor. These are integral aspects for forming ideas and helping him overcome the wide range of practical challenges when building and creating his artwork.  One example of this is his notable local work ‘Ought Apartment‘ the 2009 six story installation in the Vancouver Art Galleries rotunda. Each level of the space was set as an apartment representing a different decade, including decor, fixtures and the technology of that time.

Images of ‘Ought Apartment’

The CreativeMornings website has many of the talks from past events available to view anytime. But these events are best experienced in person. See if your city has one planned in the near future, if not, you can always get one going yourself with their support!